Ethiquette bags and their producers have a most interesting history.

The producers come from eight different tribes in North Karnataka; Some nomads, some semi-nomads, some Adivasis, each with different lifestyles, but each providing a link in the chain of this initiative for the production of quality bags by a Gandhian association.

During the British occupation, these tribes were classified among the "criminal tribes" because they always refused to submit and trade with the invader, going so far as to attack with arrows any white man going to their territory. For this reason, their traditional culture has remained strong and unaltered.

The first link is that of nomadic tribes, with a pastoral lifestyle.

They move with their herds of goats and sheep, and live in tents. They settle with the agreement of the farmers on the agricultural land after the harvest. Cattle eat the leftovers, and fertilize the soil with their excrement.

This first group supplied the leather found on bags and cases.

Cotton and jute are produced by a semi-nomadic tribe, the Bedars.

North Karnataka being semi-arid, farming is only possible four months a year. In addition to vegetables and cereals - these peoples primarily have subsistence farming - they produce organic cotton and jute which will be used for making bags.

The rest of the year, the Bedars go from farmer to big game hunters, shepherds, or even weave and spin cotton and jute that will be used in the manufacture of the bags that we offer for sale.

The village of Mekal Maldi, one hour from Belgaum in Karnataka, is a unique village, since men and women of different castes, of different tribes, and even of different religions coexist in a symbiotic way. This village is the final link of assembly.

Vegetable tanned lambskin, and the fabric made of half cotton, half organic jute, are cut, sewn and assembled by hand using traditional techniques from these ancient peoples.

Sort by:
Best sellers Relevance Name, A to Z Name, Z to A Price, low to high Price, high to low
Showing 1-9 of 9 item(s) 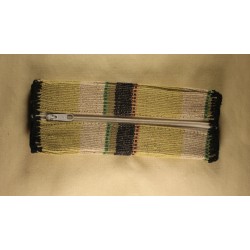 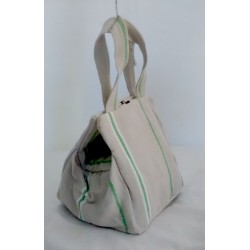 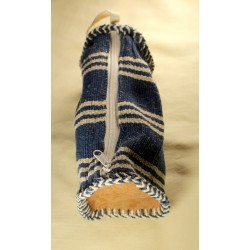 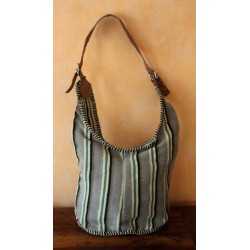 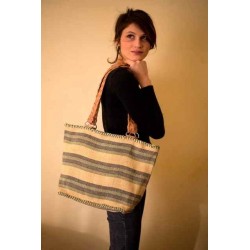 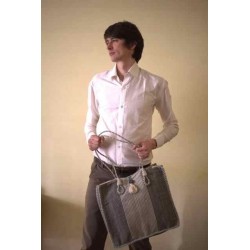 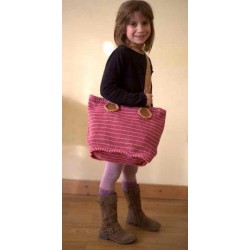 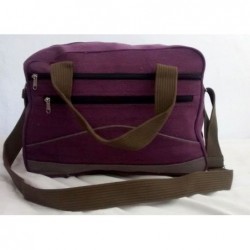